The Benigno Aquino Avenue is one of the lifelines of the city that links to other major roads, such as the Iloilo Circumferential Road 1, R. Mapa St., Explorer Road, Megaworld Blvd. (leading to the Iloilo Business Park), Gen. Luna St., Iloilo City-Aleosan Road, and the Old Iloilo-Capiz Road that will lead you to the Iloilo International Airport up-north. These avenues will take you closer to the city’s schools, several attractions, commercial hubs, medical and government institutions, and workplaces that will complete your everyday life in a world where anything is within your arms’ reach.

The Mandurriao district (also known as Iloilo City’s “Economic Triangle”) is one of the city’s most dynamic locations where SM City Iloilo is located and is considered as the city’s nightlife and business capital. Some of Mandurriao’s newest bustling commercial and leisure areas are the Riverside Boardwalk, Smallville City, and Esplanade Walk, which also features the city’s best restaurants, bars, and hotels.

The Iloilo International Airport is just 10km north of the city and is reachable within 30 minutes from Style Residences via the Old Iloilo-Capiz Road and the Iloilo Airport Access Road. The immediate vicinity of Style Residences is an urban community where some of the friendliest people in the country will be your neighbor. 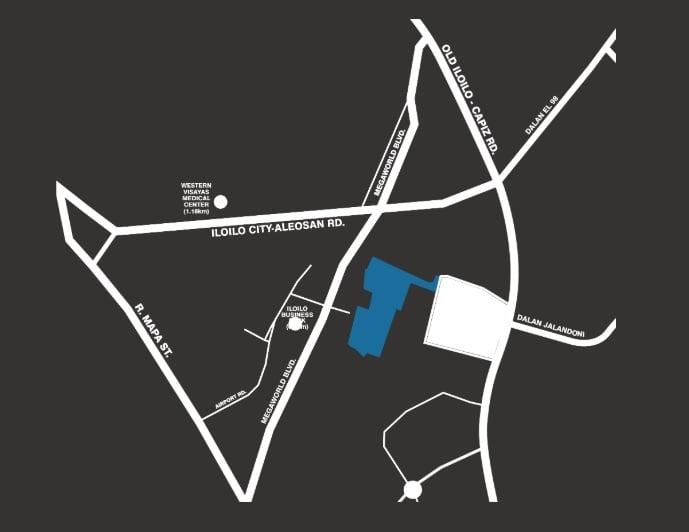